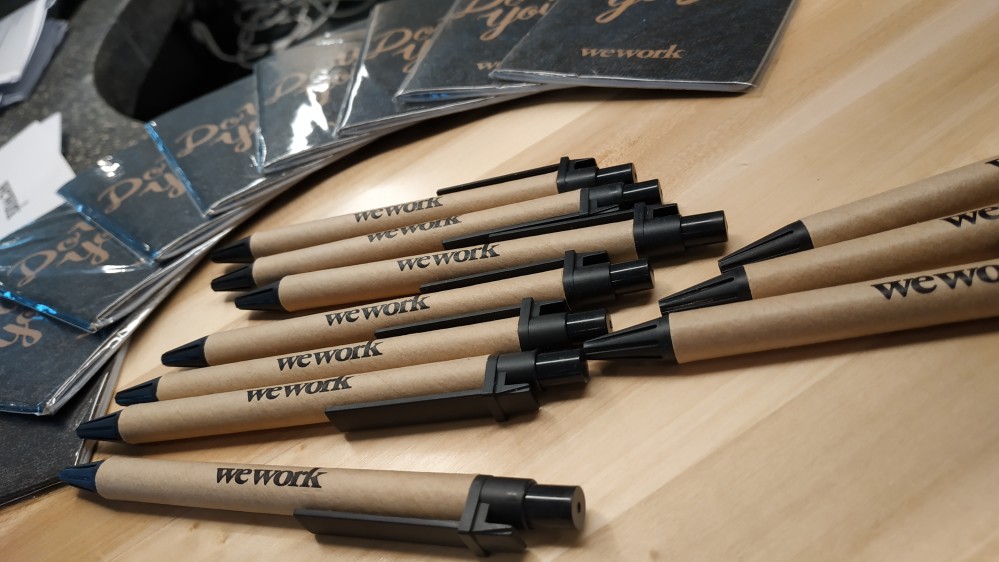 Shorting a public stock is easy. Shorting a private company… well, not so much. If shorting was easy, here’s my take on why making a bet against WeWork’s $21 billion value makes sense.
First, I have nothing against WeWork. I like the concept and much of what they do. I think they’re visionary and forward thinking about how we use office, and how it can be better. WeWork may be to office as Southwest Airlines is to the airline industry. Both employ creative methods to unlock value. WeWork does so with some of the best office real estate in the world as their construct. But as great as that may be, I really think they are wildly overvalued. And no matter how hard WeWork may try to avoid being analyzed as a real-estate venture, but rather as a “community company,” when you control 14 million square feet of office, I think analyzing the real estate play makes a lot of sense.

This analysis began because my colleagues and I simply needed to find new office space. Without that need, this “unicorn” wouldn’t have caught my curiosity.
For context, I run a boutique real estate investment banking firm (call us financial consultants). We don’t need much space. What we desire is a low administrative burden, a great location, and excellent internal or nearby amenities. Our office space was bigger than we needed, and was a modified gross lease where we paid utilities and janitorial, plus had responsibility to repair internal issues (including the
HVAC).

For further color, I think it’s worth noting that I’m a surfer, skier, cyclist, frequent traveler and member of a few respected groups like EO and Summit. I’m a curious guy who makes a decent living and enjoys the aesthetics of living well. In a nutshell, I believe I’m the demographic and psychographic that WeWork seeks to “curate” into their community.

We looked.
As real estate guys, we have full access to CoStar, the lead office space listing service, or marketplace.
We looked at everything in our market including sublets, small spaces, executive suites, and coworking set-ups. There were lots of options and plenty of competition. But what really became clear is that coworking really made sense for us. While paying ADT, Cox, San Diego Gas & Electric, and the janitor each month, as well as fixing items in the office as they failed (toilet, AC) wasn’t a huge burden, it was time and cognitive capacity placed into a 100% non-essential function that could otherwise be focused on revenue generating activity. The promise of coworking in this respect, plus the ability to scale up and downsize with almost no effort, was really attractive. So we looked.

What we saw.
We saw few meaningful barriers to entry into coworking, and plenty of choices that serve as totally acceptable substitutes to WeWork’s design-led spaces. In San Diego, there are at least four credible competitors of some scale which can offer, as WeWork does, access to their full network of office locations with a membership.

What we chose and why.
We chose a location in a Class A high-rise in downtown San Diego that is managed by Premier Business Centers. We liked that it felt a little less like a very hip gym and more like a professional work place, that we could see people doing a lot more work and a less networking, and that it offered great internal amenities like coffee, printers, front desk, mail, open kitchen, and of course ping pong. We also appreciated that the space provided immediate walking access to all that San Diego’s downtown district has to offer. Additionally, we noted that three of the walls between the office spaces are drywall. This aspect alone was a huge matter for us. We are on the phone all the time and don’t want to irritate coworkers on the other side of a single pane window with our incessant chatting, nor do we want to be interrupted by the visual and audio queues coming from four sides of a glass cube. Also, the single
offices at PBC were larger than WeWork’s. And, of course, the price was literally more than 50% below WeWork’s, even after we had negotiated a 15% discount at WeWork.

What we see in WeWork.
WeWork, to me, is where the hotel model meets office. They are making a bet that an operating company with professional management, a suite of value-adds, and branding can transform the old-school model of owning an office and paying leasing brokers to fill it up (after perennial tenant improvement expenses) into a robust cash flowing machine. In one sense, WeWork is turning the office lease into what a hotel owner-operator might accept as a ground lease, knowing that their profit engine (high occupancy, high rates, and efficient operations to drive high NOI) is making a highly lucrative trade. WeWork, in some sense, is betting that they will see more latent value in office assets than all the other old guard owners do. I see a lot of innovation here and I think WeWork is bound to unlock a lot of value with their approach. But here’s the rub… how much value does it have? Is all that they’ve done worth $21 billion?

Why that matters to investors in WeWork. All of these are pretty telling, but I’ll focus on the per-square-foot value of their lease holdings, which is $1,500 per SF. I don’t know the London and New York markets well, but I’m willing to bet that in the vast majority of the places that WeWork holds leases, this value per SF of leasehold space is a strong multiple of the value of those same square feet held on fee title. Since when is the tenant’s position more valuable than the landlord’s?

The economic cycle, and its impact on office space, is real. It happens. WeWork can’t stand outside of that. They’re subject to the same pressures as landlords, but they don’t own the real estate and rather than seeing decreased earnings, they will face negative cash flow when short term tenants with no guarantees choose to move out. Market risk that always belongs to the landlord, who leverages his assets prudently for just this reality, are transferred squarely to WeWork.

This lease arbitrage model works; paying the landlord $3 per SF rents and earning $11 per SF is bloody brilliant, but only until the music stops. When you’re small, and you’ve truly curated a workforce, you may be successful in recruiting an elite segment of the economy that is less susceptible to the downturns, and more resilient. However, when you’re the number 1, 2, or 3 tenant in some of the world’s largest cities, guess what? You are no longer curating; you are serving a huge segment of the entire market. You are the market. When the economy shifts against you, you are going to feel it.

And remember, we just secured the substitute offering, which we deemed better, for 50% less than WeWork’s price.

The WeWork team, I suspect, holds some very smart, hard-charging folks with a ton of talent. This market’s put a value on them, which is wonderful. I just don’t buy it. And this is clearly a familiar concern for the WeWork team. According to an article in The Atlantic, WeWork CEO Adam Neumann admits that the company is overvalued. “No one is investing in a coworking company worth $20 billion. That doesn’t exist,” he told Forbes in 2017. “Our valuation and size today are much more based on our energy and spirituality than it is on a multiple of revenue.”

The tailwinds behind WeWork are not that significant. They don’t work under an entirely different economic model, and they can’t isolate themselves from the macro economic cycles, or the threat of substitutes. So… I’ve got some “spirituality” for you. If you’re an owner, get out while you can. And yes, if I could short WeWork, there’s no question that I’d make the bet.