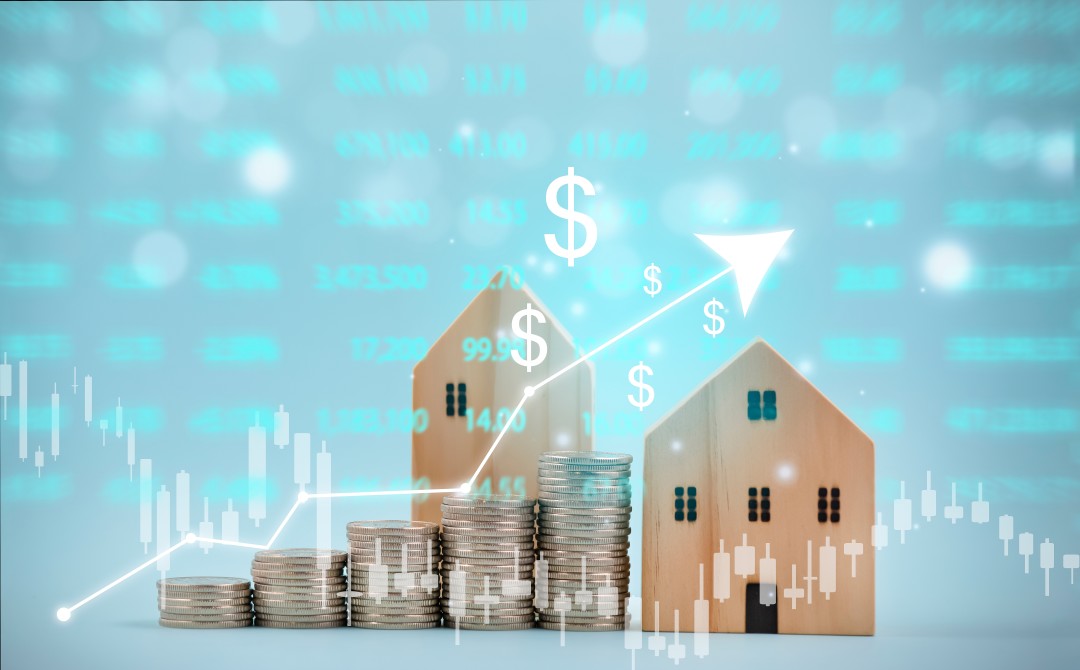 The Case for Building in Secondary Housing Markets

Given resilient apartment fundamentals, current monetary policy, and perceived risk in other asset and primary markets, multifamily development opportunities in supply-constrained and relatively affordable secondary markets are better positioned than ever to provide attractive investment opportunities.
Scattered sentiment throughout the capital markets, however, exacerbates the supply/demand imbalance at the financing level, creating a unique time where few can capture these opportunities to deliver superior risk-adjusted returns over the next few years.
Overall, fewer investors and lenders are competing in the marketplace and better deals are requiring additional guidance to find smart executions to capture this advantage.

Historical Dynamics
Multifamily returns generally offer a relatively consistent risk premium above long term risk-free assets, although this can change with the perception of risk in the market even in times where underlying asset fundamentals appear stable.
The expected premium (Rp) is calculated by subtracting the rate of return for risk-free assets (Rf) from the expected return (R) of the target asset class over a similar duration (MF Cap Rate (R) – 10-year Treasury (Rf) = (Rp)). Nationally, multifamily real estate has offered a risk premium above the 10-year treasury of ~3.5%-4%, strongly correlated with the 10-year treasury (r=0.78).
The 10-year treasury is used here since many long-term real estate investors underwrite a 10-year hold.

These premiums dipped below 2% in 2006-2007 as the 10-year increased from sub-4% in 2003 to over 5% in early 2006 while cap rates continued to compress from over 8% to low-6%. A reversion occurred during The Great Recession as treasuries dropped and investors demanded a higher premium on MF assets, effectively increasing MF cap rates.

Cap rate expansion drove the contraction in values during 2008-2009 as investors demanded a higher return on in-place cash flow in an environment with a sustained perception of high credit risk. Fundamentals, however, remained relatively constant as income decreased and vacancy increased to 2003 levels.

Displayed below is the contribution of NOI (Income) and Cap Rates (Appreciation) to multifamily returns over the past 20 years showing that most of the change in value was due to cap rate movements driven by investor sentiment. Twelve-month asking rent growth decreased no more than 4% in a quarter and vacancies only increased to 7.6%, returning to sub 7% by 2010. NOI Index retreated to 2003 levels, returning to a new high by 2011. Meanwhile, cap rates recovered, sending values back to new highs by Q2 2011.

The chart below shows the relative dip in the Multifamily Price Index beginning in 2008 and the recovery by 2011 with the relative vacancy, rent growth, NOI Index, and cap rates. Perception is Key
The sustained perception of credit risk that drove value swings during The Great Recession does not mirror the situation today. Given the amount of fiscal stimulus and recent monetary policy looking to control the yield curve, it is not likely that we will see the same expansion in MF risk premiums. Furthermore, GSEs tied to Fed rate movements provide attractive financing opportunities for the Nation’s apartment market.

The TED spread is the difference between the 3-month LIBOR and the 3-month Treasury bill rate and commonly used as a measure of credit risk, often widening in periods of economic crisis. When compared to the previous risk premium analysis, the sustained perception of credit risk correlates with the widening of multifamily cap rates despite relatively sound property fundamentals. Furthermore, cap rates remained wide well after the TED Spread contracted. Any investors who managed to build in 2009-2011 and deliver in the following years benefited from dramatic rent growth and appreciation.

Past is Prologue?
A similar situation exists today as a supply/demand imbalance at the capital level meets a supply/demand imbalance at the property level. Other factors at play also strengthen the case to double down on a decade-long bet.
The demographic shift to multifamily and relative housing undersupply since The Great Recession has sustained nearly a decade of pent up demand for housing that the nation is still not able to build out of, particularly in supply-constrained coastal markets such as Southern California.

Unfortunately, the upheaval in the capital markets and scattering of investor perception is postponing or canceling a multitude of projects, worsening the situation.

Furthermore, increased sensitivity to density and the prevalence of optionality in the workplace could encourage more renters to vote with their feet for more space and work-life balance provided by secondary housing markets, making development opportunities in those markets even more attractive and further stressing the already scarce housing pipeline.

Into the Fray
We believe the case is strong for projects that can break ground in the next year and deliver in an environment with reduced competition and very attractive financing opportunities. Promising underlying property fundamentals, government stimulus, and the amount of liquidity allocated to real estate assets should keep a lid on cap rates going forward and improve real estate risk premiums as the 10-year stays low. The supply/demand imbalance at the property level and demographic shifts also look to support minimal vacancy and rent fluctuations.

What is perplexing, however, is that given these trends, many investors and lenders are reluctant to get off the sidelines. Strong developers require more guidance to navigate these choppy waters; furthermore, deals with an improved outlook require that more stones be turned to find capital willing to capture this advantage.

Now more than ever is the time to lean in and get to work. Fortune is sure to favor the build.